During a holiday in Suriname it is absolutely worth taking one of the many excursions that you bring outside Paramaribo, the capital. There are a lot of opportunities to make fun trips. Popular are day trips to the various plantations, which have been restored to its former glory, in the District of Commewijne. Or a little further, to the Brownsberg in the Brokopondo district, to enjoy a brisk walk to the beautiful Irenevallen. The adventurous holidaymaker can walk on the, rented, bike and set out on his own. Take an excursion on your bike to the Fort Nieuw Amsterdam, a beautiful open-air museum with a permanent exhibition about suriname’s important supporting role during the Second World War.

Day trips from Paramaribo cost on average between 50 and 150 euros per person and include transport, any entrance fees, drinks and food. Departure times are always between 08:00 and 09:00 in the morning. The most special are the multi-day excursions to the jungle, in the far interior of Suriname. In particular, the Upper Suriname area, with its authentic Maroon culture and wide range of lodges, is highly recommended. Knini Paati River Resort is one of these resorts and is located on a two-pronged island, right in the middle of the Ferulasi Sula.

It is a more luxurious resort, compared to the rest, which focuses mainly on relaxing and enjoying nature and culture in peace. The most popular is the three-day tour where one stays on the island for two nights. From Kninipaati several excursions are made. These day trips are included in the three-day package. A visit to a nearby Maroon village where you will get to know the culture is interspersed with a walk through the jungle where you will learn how the Maroons survived at the time.

A three-day Kninipaati trip costs around 250 euros and includes transporting to and from your holiday address in Groot Paramaribo, excursions, accommodation, meals and non-alcoholic beverages. Often people scare off prices because they are in euros. However, after creating a sum of sum that takes you all aspects, you will see that these are very reasonable.

During your stay on the island, in addition to the excursions included, you can also book extra day trips to, for example, the Tapawatra Sula or Pikin Slee and the Saamakka Museum. For the real adventurer, a four-day excursion to Kninipaati in the jungle of Suriname is really a must. In addition, one stays on the island for two nights and sleeps the third night in a jungle camp. In doing so, one experiences the jungle as the ancestors of the skin-skinned inhabitants have done. Sleeping in a hammock, bathing in the river and cooking on a self-fired fire are all beautiful experiences that will become a lasting memory!

Knini Paati is the place where the beauty of contrasts comes together! 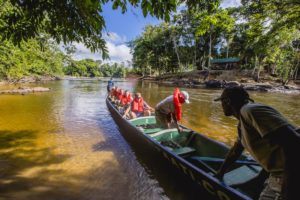 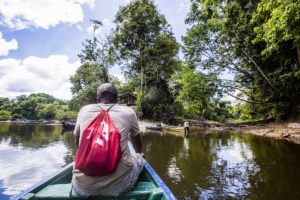 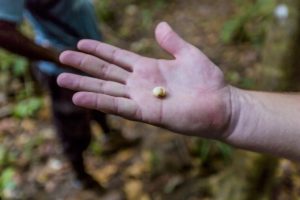 Made with In the Jungle In Nederland in Suriname